What is a "Jalapeño in Exile?"

It's basically a man from Tennessee named Ken Smith who becomes a Texan, and then spends seven years in self-imposed "exile" in Washington, D.C. as a journalist for the Washington Post. He then returns to Texas as a web guru, and after four years decides to start an antiques business.

So, now that that's all cleared up let's get to the fun stuff.

We deal in all types of antiques, from the smallest trinkets to large early American furniture, but what we specialize in is 19th and early 20th century American utilitarian pottery, especially early Texas stoneware.


Texas pottery has become a passion of ours in the past few years. We're making a commitment to preserve as many of these amazing artifacts as we can, and to enlighten others about the history and pure awesomeness of these everyday items from over 100 years ago.

These churns, jugs and crocks from the likes of Meyer, Wilson, Suttles, Richter, Rushton and Leopard, help tell the story of daily life in 19th century Texas. But the coolest thing about them is that they are beautiful works of folk art in their own right.

We're always on the lookout for early Texas pottery both for our own collection and to sell on the open market. Whether you're interested in buying or selling, contact us and we'll see how we can help you.

"That's right, you're not from Texas.
But Texas wants you anyway."
–Lyle Lovett

We're based in beautiful Bryan, Texas.

If you'd like to learn more about us, or are interested in purchasing items from our collection, please email us at ken@jalapenosinexile.com or call 727-455-1736.

We look forward to hearing from you. 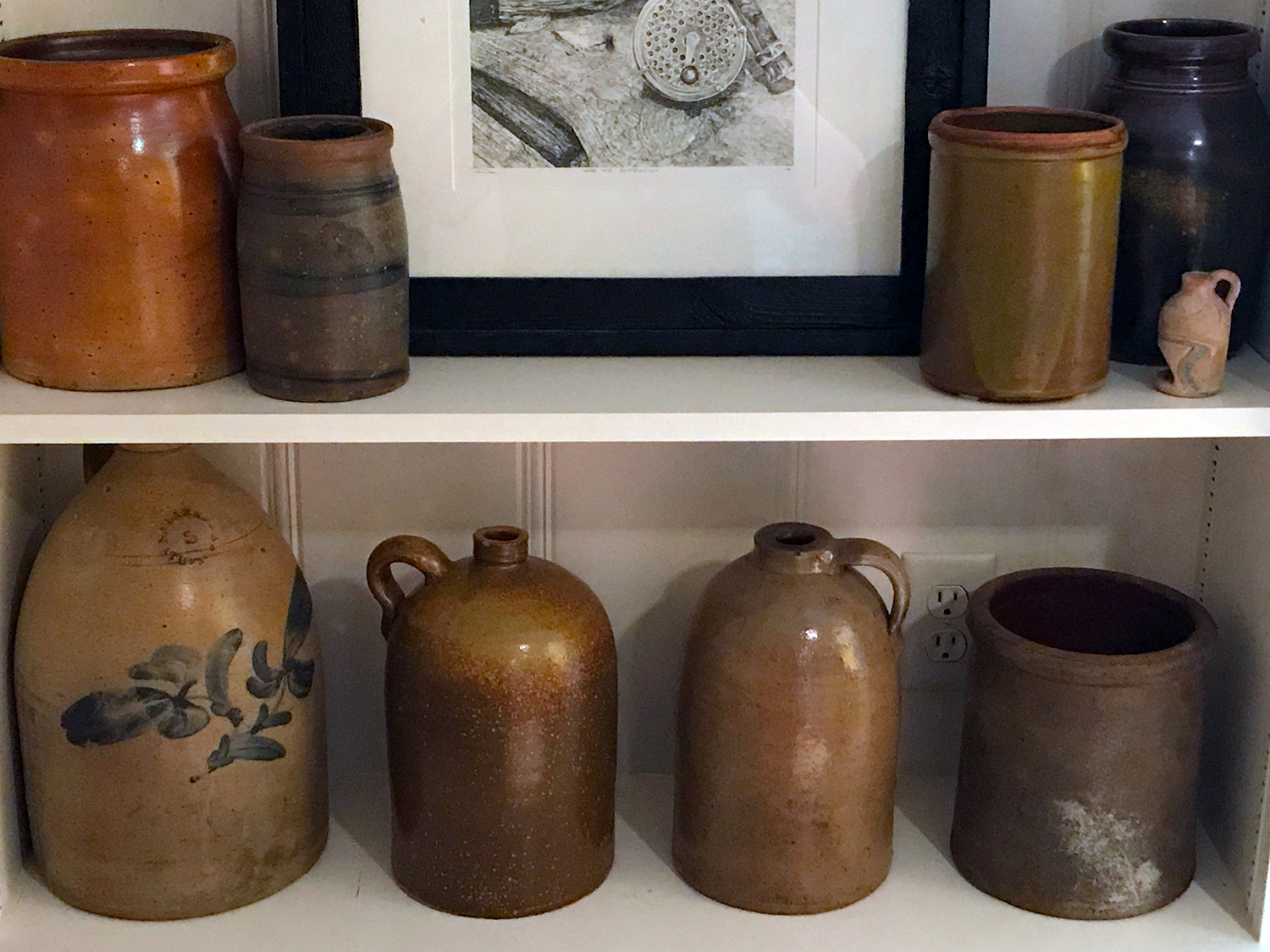